We use cookies to give you the best possible experience on our site. Please click "Accept" to agree to our use of cookies.
BDAA Adapted Equipment 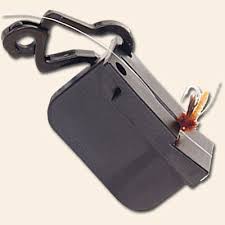 Very easy to use. Works with all flies from size 6 to 24!! An essential tool for low light conditions and for those with less than perfect eyesight. Magnetic notch firmly holds the eye in place. The fly is perfectly aligned with the leader every time. Step 1: Insert the eye of the hook downwards in the notch. It will be held in place by a built in magnet. Step 2: Insert the line into the groove. Feed the line down the groove and through the eye of the hook. Step 3: Pull the threaded hook off the magnet, and tie with your favourite knot to secure it to your line. That is all there is to it. The only thing easier would be to have someone else thread it for you.

The 8 Compartment Magnetic Hook Box has a strong magnet hidden in the base that holds your hooks securely and a smooth curved base to make their removal easy. Because the hooks never touch the magnet, corrosion is greatly reduced if the hooks get damp. The lids open individually and are waterproof. 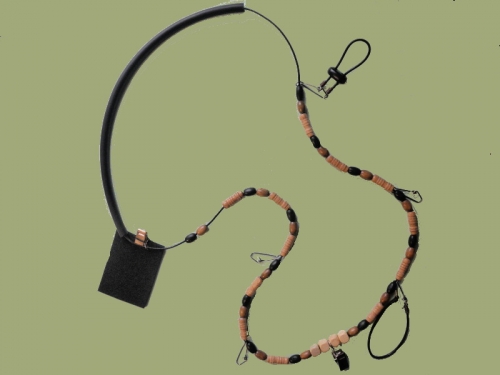 These handy gadget hang round the neck so you have easy access to your tools and gadgets. Handmade, they are a decent length, have the neck support to stop them digging in 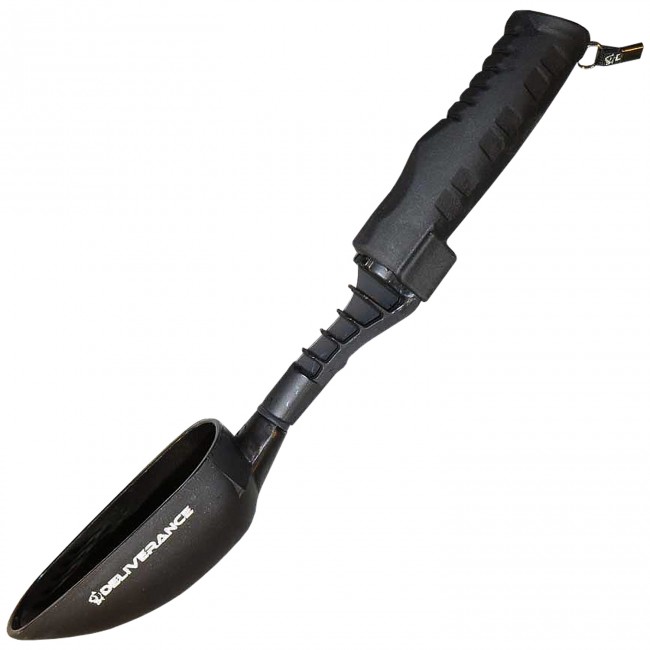 smallest of the Deliverance Spoons, this is the choice for the minimum of feed in just the right place With soft grip handle 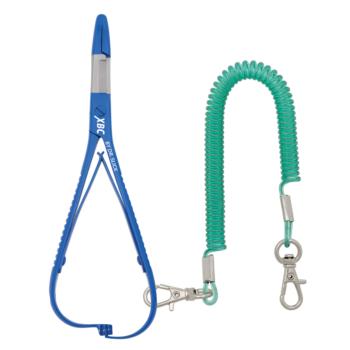 No finger loops here! Simply squeeze the clamp all the way through the ratchets to release. To close, squeeze until the ratchets lock. Extremely popular alternative to the traditional loop and ratchet clamps. This versatile tool features a serrated scissor mounted behind the jaws for cutting tippet/leader material, trimming flies streamside or opening that pesky bag of jerky. Comes with hook eye cleaning pin in jaw, dual self-opening springs and a full-swivel bungee lanyard. Make it your main squeeze! Available in Red & Blue 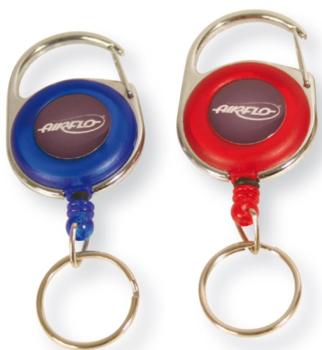 The ’SKI PASS’ style zinger has become increasingly popular over the last few years and quickly proved itself to be extremely durable. Its superb clip will attach quickly to any D ring, combined with a powerful retractor and you have a great zinger for all accessories

So what’s the attraction of the C & F Magnetic Release? Well...you can attach the C & F Magnetic Release to your jacket or pole with the ‘D’ ring and clip in the most convenient position - one short, sharp tug and it’s off and ready to do the business. In the unlikely event of your net escaping the pull of your super-magnets the supplied safety cord will ensure you don’t lose it. Attach to jacket or vest "D" ring with spring loaded clip Attach to net frame with two ratchet tie-straps provided 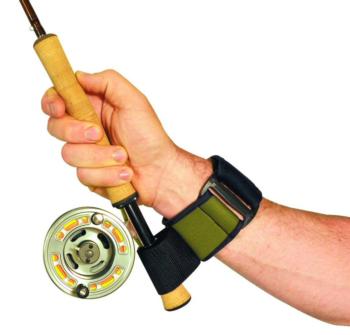 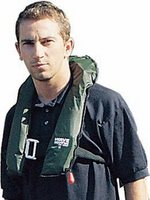 The Wavehopper lifejackets are designed by fishermen, for fishermen. Cut for casting and wearing over fishing jackets, they are fully adjustable and one size fits all. Fully automatic, these lifejackets also have an a back up manual pull cord. This has been our best selling item for boat Safeway over the years and can be seen on most reservoirs, lakes and rivers all over the UK. It is ultra reliable, durable and well made with high quality nylon webbing belts and buckles which will last for a lifetime of use. The gas canister is 150 newtons and will fully inflate the jacket in under 3 seconds. Fully compliant with EU and fishery safety regulations. Features Strong dark green nylon fabric with black webbing straps Fully automatic with manual backup 150n Gas Canister Lightweight and stylish 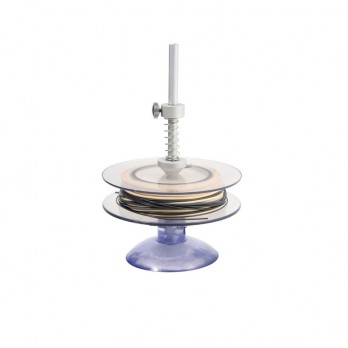 Lightweight aluminium, a suction cup that attaches securely to any flat, smooth surface and an adjustable spring providing constant tension. Great for backing and fly lines

JAG Palm saver for attaching to Jag and other makes of bankstick. Protects your palm whilst push them into the ground, with a small spirit level bubble on the top to help keep them level. 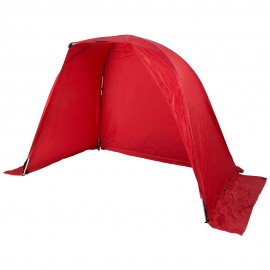 If you’re looking for a top quality beach shelter for all your surf fishing needs then you can’t go wrong with this offering from Advanta. This is a brand that was established after a need was identified to supply essential items to anglers year-round and, with that in mind, this Protector Beach Shelter was one of the very first products off the production line. It also forms part of the impressive Protector range, a collection which is dedicated to ensuring that you’re warm, dry, and sheltered from the very worst of the elements – no matter which of the disciplines you turn your hand to. The Advanta Protector Beach Shelter comes in classic Advanta red, ensuring that you're never at risk of loosing it on the beach! Manufactured from top quality fabric which is both waterproof and windproof, this is one shelter which is practically guaranteed to keep you warm and dry in the most miserable of coastal sea fishing conditions. The Advanta Protector Beach is also a deep shelter, meaning that you can sit far back into it in order to obtain maximum protection from the elements. Not only this but, the shelter is also wide. In fact, it has been designed in order to allow two anglers to sit on chairs or seat boxes comfortably, side by side, keeping a weather eye on their rod tips for any kind of action. With dimensions of 230cm x 130cm x 140cm, you can be confident that you, your companion, and all your gear will fit snugly under the shelter. 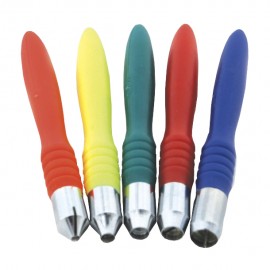 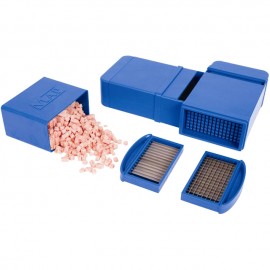 After two years of intensive research and development, MAP is proud to release this expert luncheon meat cutter. MAP really has considered everything when it comes to this meat cutter, and with this tool in your arsenal you won’t have any need for any other meat cutting implement. It really is a unique meat cutter that is incomparable to any other product on the market to date! First things first, the MAP Meat Cutter is available in three different sizes. This allows you to perfectly dictate the size that you want your meat to be cubed to, with a choice of 4mm, 6mm, and 8mm available. 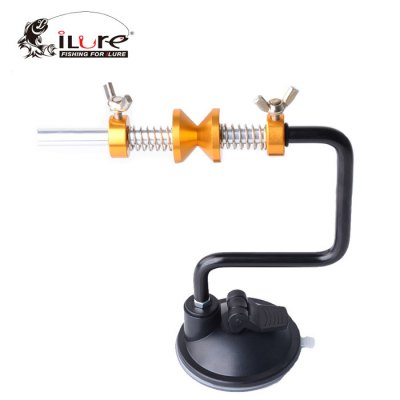 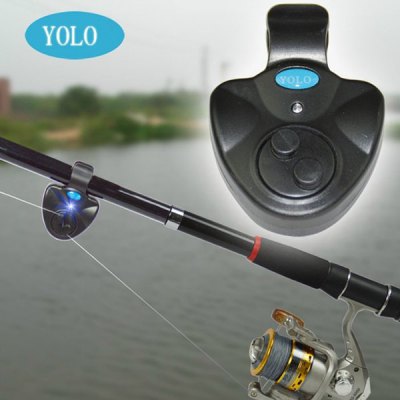 There is a new fish bite alarm coming out in the fishing tackle world. This alarm is easy to use and take. You only need to clamp it on the fishing rod and the spring protects the surface of the rod ( Please see the referance picture ). Turn on the switch and the alarm will start to work. When the fish bite the hook with lure and the line moves, the alarm will make some voice to remind you. This bite alarm is designed with LED indicator, quite convenient for you to fishing at night. Main Features: Powered by 3 x LR44 button battery ( included ) High quality wireless sound fishing bite alarm Smart alert, alert after the fish bite for a while With LED indicator, more convenient to fishing at night Small and clip-on design, easy to install and carry With anti-slip rubber pad, clip on fishing rod tightly Suitable for different kinds of rods in different terrain and weather Clip opening: 4.5cm ( Max ) Note: Fishing rod picture is not included 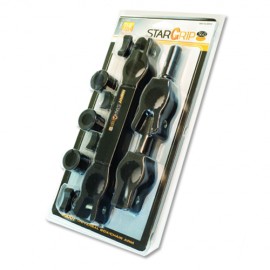 This is the core of the system. It will allow you to affix StarGrip technology to the leg of a seat box or chair. It will fit many makes of seat box including those with round, octagonal and square legs, it will also fit onto chairs with 25mm round legs. Once fitted you can then customise your set-up further by buying additional accessories like the feeder (item 20512) or long/ext arm (item 20516) from the range 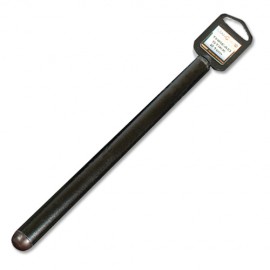 These threaded sticks will fit into the location holes in the StarGrip system Universal, One-way and Two-way arms. Once located the thread allows you to fit numerous items to your set-up including rests, rollers, and a pole sokk. Available in three sizes: 12cm, 21cm and 35cm 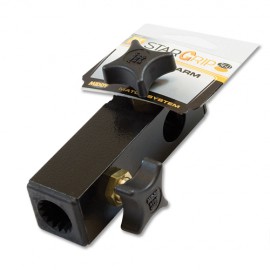 This short arm has a location hole for fitting either a thread stikk or feeder arm. It slots on or off the main StarGrip fitting. It will only work if you have first purchased a universal arm (item 20510) or you have a Robo Chair. 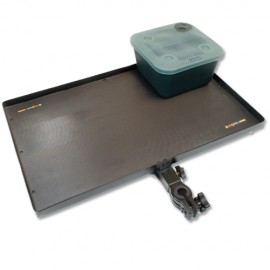 This Big/Match Tray comes complete with StarGrip fittings that allow it to be located onto seat boxes including those with round, octagonal and square legs. It will also fit onto chairs with 25mm diameter round legs. It is a spacious 30cm x 48cm and has a special deep rim that stops items easily sliding off the tray. Once fitted StarGrip technology gives you 360 rotations in two directions so that you can adjust your set-up perfectly. The bait box shown is not included

This threaded, sturdy, telescopic Feeder Arm will fit into the location holes in the StarGrip system Universal, One-way and Two-way arms. Once located you can then adjust the angle and length to your personal preference and fit a rod rest to the top of your choice. StarGrip technology means that it is very stable when assembled. 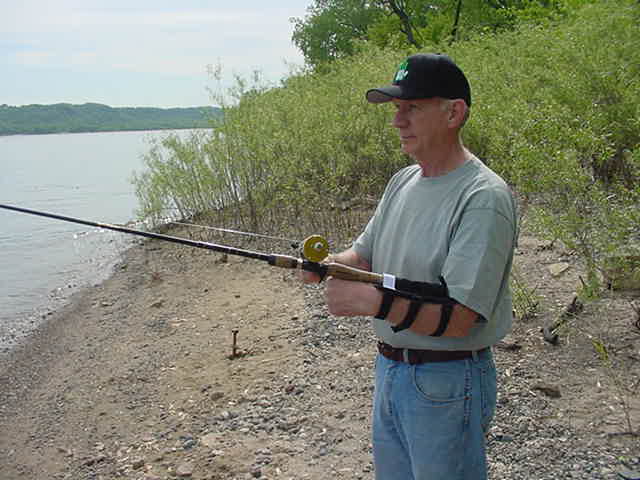 email us at Renee@adaptiveoutdoorsman.com for a quote for international orders. 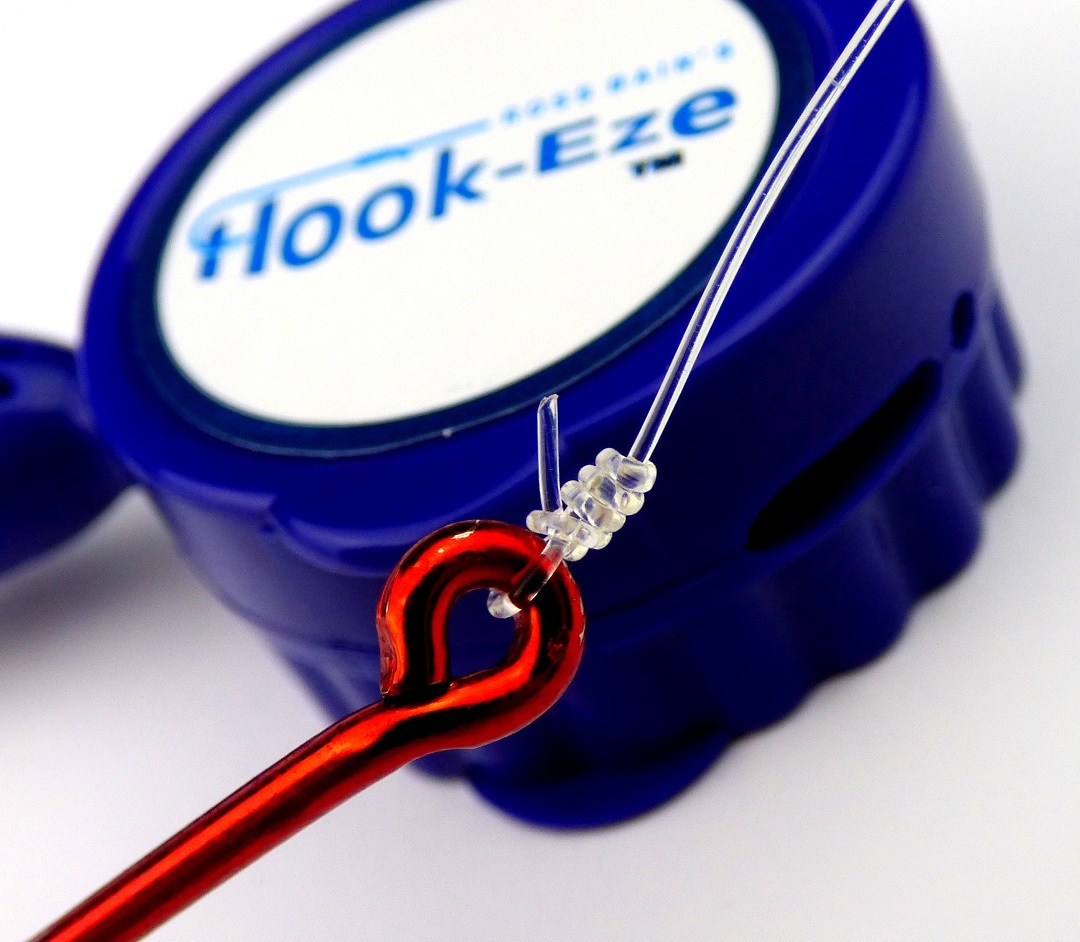 During winters spent in Turkey, Danish fisherman Bjarne Larsen and his wife Sonja were intrigued to see Turkish fishermen catching garfish with pieces of silk taken from the flexes of old electric kettles tied into a loop, and used instead of a hook. They decided to develop the idea using loops of coloured silk thread, called it Silkekrogen (Silkhook in English) and discovered that they were much more effective at catching garfish than conventional hooks. At first the silkhooks were made by hand in Turkey, but as the idea took off and sales increased, it became necessary to devise a machine to make the hooks, and production has recently moved to Denmark.